In androgenic alopecia, genes play a vital role in hair loss. Environment or surroundings also are a key factor. It is generally said that genetics loads the gun and surrounding pulls the trigger.

The thinning of hair can start from as early as from 12 years of age or it may not happens at all. Most of the men and women do have hair baldness sooner or later in their life.

Before getting deep in Androgenic Alopecia, let’s see how hair grow.

According to the survey, it is estimated that approximately 60 million people are spending more than USD 1.5 billion on their hair treatment. Overall 50 million men and 30 million women in the United States are affected form this kind of hair loss.

Studies also show that more than 50 percent of the men will have some degree of baldness as they will cross the 50-year mark. In women, hair baldness usually starts after menopause.

In men, hair loss starts with the thinning of hair from the top of the scalp and from the above forehead. In no time, hair starts falling more than an average of 100 hair per day. Scalp started to bald from the top and hairline start moving back and makes the “M” shape.

Androgenic Alopecia does not lead towards complete hair loss in women. A small amount of hair is lost especially from the central line of the scalp.

There is also a major edge on the women side, hairline stays at its position.

When it is on the definition, the term androgenetic alopecia contains two of the three reasons for the pattern baldness.

Each of these components contributes to hair loss. However, researchers are still searching for the risk factors, most of them are still unknown.  Medical professionals believe that hair loss is related to androgens. If we go more specific they are known as dihydrotestosterone.

Androgen plays an important part in normal male sexual development. It regulates hair growth and sexual drives in both men and women.  Androgen’s high level in the follicle can lead towards short hair growth cycle, thinner and shorter hair.

The researcher believes that AR genes provide instructions for making an androgen receptor. Androgen receptor is a protein that allows the body to respond against dihydrotestosterone. According to researches, AR gene variation makes more activity in the hair follicle. However, it is not sure yet how these changes increase the risk of hair loss in men and women.

In general, three treatments are used to treat androgenetic alopecia. Details are given below

Finasteride is the only oral medication approved by the United States Food and Drug Administration in 1997. This medication works by stopping the conversion of testosterone into dihydrotestosterone. It basically stops 5 alpha-reductase to perform its a function of conversion.

This medication is only available for men, it works on the middle to moderate hair baldness. During its trial, it turns out to be safe and effective for all the men between 18 to 40 years of age.

As far as now it is limited to the men-only due to its teratogenic effects. Its side effects carry testicular pain. Use of finasteride by pregnant females may cause abnormalities.

Minoxidil is a topical product which is used for hair growth. It works by increasing the blood flow towards the resting hair follicle.

When it comes to the proper treatment or medication, nothing more effective than Minoxidil is discovered until now. Minoxidil does not permanently cure the hair loss, it just slows down the process.

Read Also: How To Use Minoxidil

Minoxidil was available in 2 concentration such as 2% for women and 5% for men. But now it is available in 5% only. The difference came in its usage, women use 1mL once a day while men use it twice a day.

Minoxidil usually takes 4-6 months to show proper results. If results are not showing up, it should be stopped. Visit a dermatologist for the proper treatment.

The major disadvantage to this medication is, it will restart the hair losing process same from where it was stopped. You need to be a regular user of this topical product.

Possible Connections with Other Disease

The medical professional is searching for the possible connection between pattern baldness and other disorders, such as prostate cancer in men and polycystic ovary syndrome in women. Doctors think that these diseases may be connected with higher androgen levels.

This site uses Akismet to reduce spam. Learn how your comment data is processed.

Regrowth Club Box review – It’s so easy plus it has free shipping!

How To Use Minoxidil 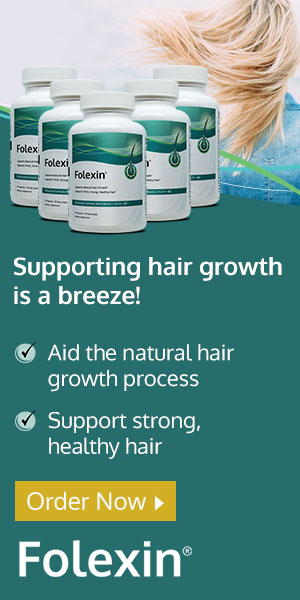